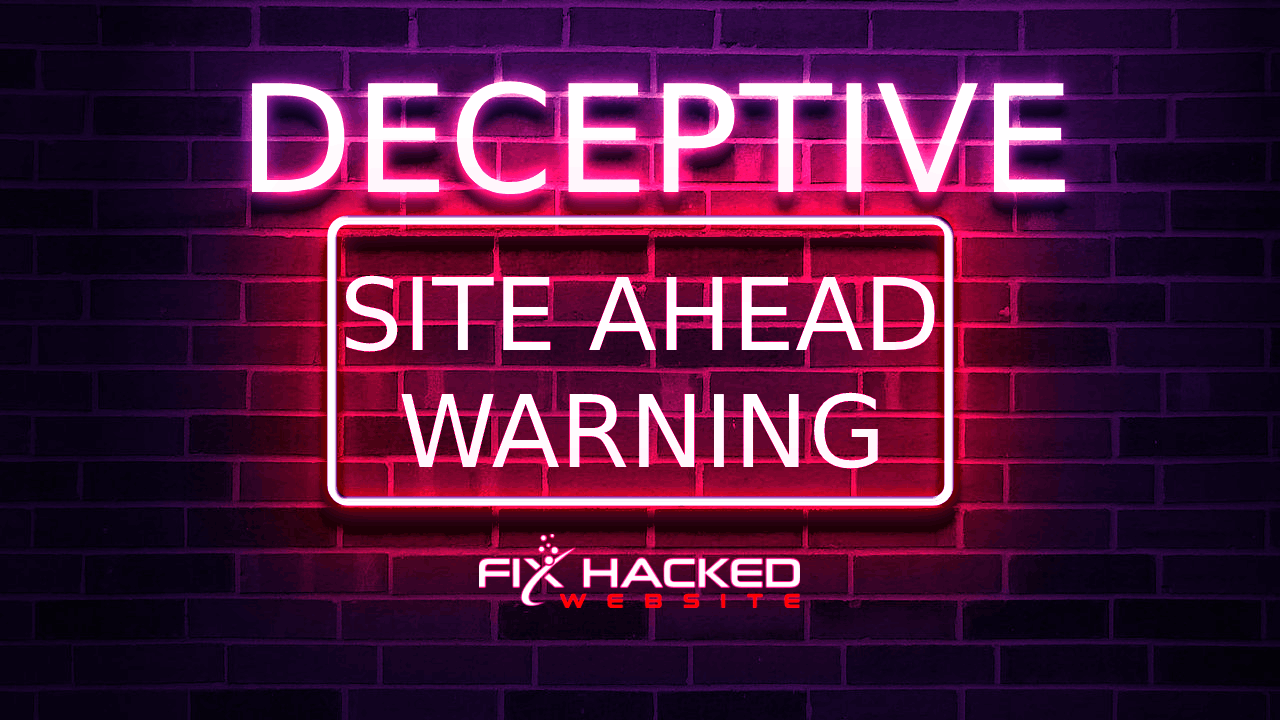 How To Remove ‘Deceptive Site Ahead’ Warning? – WordPress Fix

A DDoS Attack is a short type of attack by the distributed denial-of – service (DDoS). Multiple compromised computers target a website, server or other network resources in DDoS attacks through a flood of requests for messages, or requests for connections, or malformed packets.

DDoS attacks cause users of the targeted target network to refuse service, causing those targeted systems to slow down or even fail, thereby denying service to legitimate users or systems.

How Does a DDoS Attack Work?

Cybercriminals perform DDoS attacks by obtaining unauthorized control of a computer network. Cyber criminals turn these machines, and other systems (such as IoT devices) into a bot (or zombie) with the aid of a specially built malware. A botnet is defined as a community of such bot-systems. Cyber criminals can monitor the botnet remotely to execute the DDoS attacks. 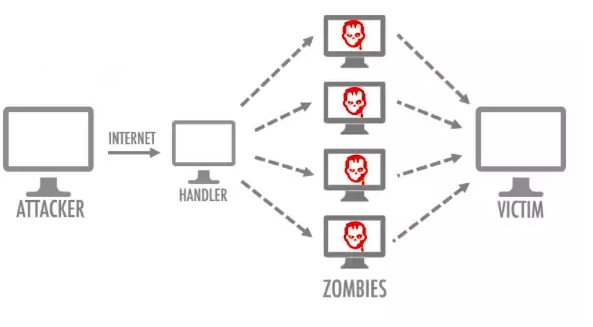 Cyber criminals can direct the devices in the botnet using a remote control system to send instructions to each bot. If the botnet targets a victim’s IP address (a website, server, or other network resources), each bot will respond by sending repeated requests for connections to the target, possibly causing the target machine to exceed bandwidth, leading to a denial of service to normal traffic.

Botnets may be of any scale; botnets have become increasingly popular with tens or hundreds of thousands of compromised computers, and there are no upper limits for their scale. Upon creation of a botnet, the attacker will use the traffic created by such compromised devices to assault the targeted website or machine with overwhelming requests for connections.

Below are some of the popular DDoS attacks targeting web servers and mobile apps:

HTTP Flood is a form of DDoS attack that appears to be legitimate GET or POST requests which a cybercriminal exploits. This type of attacks use less bandwidth than other forms of DDoS attacks but it may cause the server (target machine) to use full resources.

A UDP flood type of attack targets random ports with UDP ( User Datagram Protocol) packets on a computer device or network. It requires sending huge amounts of UDP packets to the destination network.

In the TCP link sequence (on a server), defined as a three-way handshake, SYN Flood method of attack exploits vulnerabilities. The attacker sends repeated requests for SYN (a TCP connection) to the destination computer (server).

The server typically responds with a SYN-ACK response, and the client device then follows up with an ACK signal to create the link. The ACK is never sent in a flood at SYN. It leads to the building up of unfinished links, which slows down or even crashes the server (target machine).

Ping of Death is another form of DDoS attack that sends malicious pings to the target network to exploit IP protocols. This approach depends on target machines responding. This will increase usage of the bandwidth substantially, ultimately causing the server to slow down or crash.

Smurf Attack is another kind of DDoS attack that exploits Internet Protocol (IP) and Internet Control Message Protocol (ICMP) using a special kind of malware known as ‘smurf.’ The targeted machines are filled with spoofed ping messages in this form of attacks — making the targeted computer unresponsive.

Application Level Attacks exploit security vulnerabilities in systems (the systems targeted by the system). The ultimate aim of this form of DDoS attack is not to target the server as a whole but applications with known vulnerabilities.

Advanced Persistent DoS (APDoS) is another form of DDoS attack that is designed to inflict severe damage on the target machines. It uses a range of attacks to attack the targeted computers, such as the HTTP flooding, SYN flooding etc. This type of DDoS attacks will last for several days to weeks, mostly due to the attacker’s ability to change tactics at any time and make adjustments to circumvent security defenses.

The form of DDoS attack which is similar to zero-day cyber attacks is a zero-day DDoS attack. This form of attack exploits zero-day vulnerabilities in targeted systems (for which no patch is available).

No matter what form of company you are running, keeping up and running a company application or website is vital to the reputation of your brand and cyber criminals want to exploit that vulnerability with DDoS attacks. It is difficult to take precautionary steps because of the unpredictability of DDoS attacks, which further allows attackers to act.

How do you prevent these cyber attacks from defending your websites and web applications and avoid DDoS attacks? As mentioned earlier, a DDoS attack normally begins with a single compromised computer, but instead of revealing itself with a direct attack; it locates other vulnerable systems and servers around the world and secretly installs the malware on them to build a botnet.

The best way to avoid certain forms of DDoS attacks is to block unused ports, keep the program up-to – date and use new hardware for networking. More forms of DDoS attacks can not be stopped by precautionary steps. The best thing you can do in these situations is to use malware or malicious activity detection software such as Fixhackedwebsite to find the DDoS attacks early and prevent them from doing much damage to your business.

You may have invested too much of your time and energy into your website (and your brand) or web application, that when it comes to web protection you need to be careful.