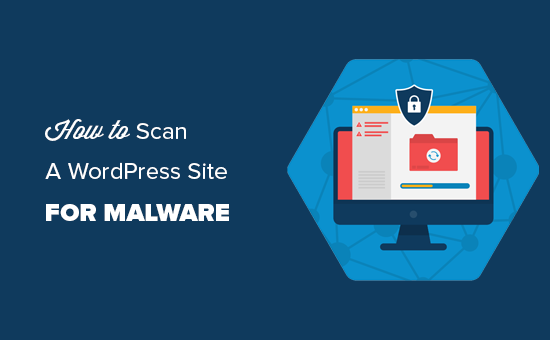 How To Scan Your WordPress Site For Potentially Malicious Code?

A Site’s Security Depends on Its Theme: When I first started using WordPress (WP), I recall playing around with a lot of free themes. I designed and redesigned the website using every free theme I could find. I had no idea at the time that choosing a theme was important because it affected the site’s security.

It’s been a long time since I created my first website, and I’ve since created many more. Some were compromised, while others were ineffective hacking targets. During this time, I discovered that, while WordPress is a safe platform, the WordPress environment leaves WP sites vulnerable. The majority of hacked websites were discovered to have outdated themes and plugins. Take, for example, the Templatic Theme, which was hacked, allowing hackers to gain access to sensitive information on sites that used the theme. The hacker also demanded ransom from some website owners.

Many WordPress domain owners fail to keep their pages up to date. When a flaw in a theme is found, the developers release an update with a patch to address the problem. The vulnerability persists if the theme is not modified. Hackers are still on the lookout for websites that use insecure themes that are obsolete. As a result, upgrading themes is critical for the security of your WordPress website, as the theme has an impact on the site’s security. This is a measure that must be taken after a theme has been installed on a website. However, before installing a theme, one must take precautions. Here’s a checklist of items to look for when choosing a theme:

The Theme Can be Easily Updated

Updates are not only unavoidable but also necessary. A theme’s weakness can grow over time, no matter how well coded it is. As this occurs, the theme’s developers can quickly release a fix in the form of an update. When you first log into a WordPress dashboard, you’ll see a warning on the left-hand side about obsolete plugins and themes. Simply update the theme or plugins from the installed plugins tab. Isn’t it simple?

Some themes, on the other hand, do not have a simple way to update them. Their blog or social media sites are used to announce the changes. You’ll need to manually download the theme from their blog and then upload it. It’s not only a time-consuming operation, but it’s also dangerous. What happens if you miss a significant update? By the time you learn about the latest update, hackers may have already exploited the theme’s weakness to gain access to your site.

Is the Theme Being Maintained?

Every year, a large number of themes are dropped. They are no longer maintained, so any problems with the theme would be ignored. You can’t just contact Support for assistance, and you can’t expect new updates. Vulnerabilities in plugins and themes are bound to occur at some stage. There will be no patch available to repair the problem if this occurs. You’d be left with two options: keep using the insecure theme and risk being hacked, or move to a new theme and spend a significant amount of time and money redesigning the site from scratch. This is a measure of how dangerous a theme is to your website’s security.

Why are Themes abandoned?

Themes and plugins are often created as side projects, and these side projects sometimes come to an end. Alternatively, a developer may have created a free theme but lacks the time to maintain it due to his full-time work. Although the theme is good and even successful, he is not compensated for his time and effort. He eventually loses interest and abandons the project. Alternatively, he may simply lack the time to care for his development due to his full-time work, which pays his bills.

Looking up the theme in the WordPress repository is a quick way to see if it’s still being maintained. When was the theme last updated? We recommend avoiding themes that haven’t been revised in over a year. It’s quite possible that they’ve been lost. If a theme isn’t available in the repository, search for forums or groups where the topic is being addressed. You can find certain groups using a quick Google search. If not, look for more information about the theme in WordPress groups and forums. WordPress has a fantastic community culture, and starting a conversation is always appreciated. Before you choose a theme for your WordPress site, do some research.

Can you Download the Theme from a Trusted Source?

Today, piracy is rampant. Many of us have probably come across a shady website advertising premium software at a cheap price or even for free at some point. We strongly advise you to consider before downloading themes from such pages. What is the aim of this website providing nulled WordPress themes? How do you know the theme isn’t tampered with? Nulled themes have been found to contain malicious code. Hackers gain access to websites after website owners install certain themes on their sites.

Furthermore, even if the theme isn’t compromised, it won’t receive notifications from the theme’s creators because it’s against the law. Vulnerabilities can emerge over time, putting the site at risk.

Is the Theme too Complex?

Too many features can seem to be a good deal, but no one knows what went on behind the scenes when it was being coded. It’s difficult to stand out in a market of hundreds of thousands of themes and plugins. This encourages developers to include more marketable features in their products. Developers write thousands of lines of code in a limited period of time to get new functionality up and running as quickly as possible. Frequently violating critical quality controls. It’s normal to get excited about themes with a lot of eye-catching features, but such themes should be avoided because they can be easily hacked. The security of your site is influenced by the theme you choose. Make sure you’re making sound decisions.

Is the Theme Developed by Someone Well-Known?

That pretty much sums up how a theme affects your WordPress site’s security. We’d like you to take the following precautions because one of the aims of this post is to teach you how to buy a good theme:

Is the theme reliant on some third-party frameworks?

Sliders, page builders, and image compressors are all available in today’s themes. These features aren’t built by theme developers; instead, they partner with third-party plugins to make them available in the theme. This type of dependence may be concerning. We’ve come across common themes that require unique plugins to function. If you’re using the X theme, for example, only the Y slider will function on your site. The other slider plugin isn’t going to cut it. You’ll need to buy both the X theme and the Y slider now.

Are You Buying a Yearly or a Lifetime Plan?

Make sure you know what you’re getting before you buy a theme or any plugins or apps. We’ve come across pricing pages where it’s unclear if the bundle is for a month, a year, or a lifetime. If you come across a page like this, don’t say it’s a monthly or yearly subscription. Clarify any questions you may have.

On online forums, we’ve seen reports of website owners purchasing a plugin under the impression that it was a yearly contract, only to discover later that it was a monthly plan. This means they’ll have to pay a set sum of money per month, which they weren’t expecting. A new theme can also be purchased or a free theme can be used. This means you spent money on a theme you no longer want to use, as well as time and effort setting up your site to match the theme’s design.

One rarely considers or investigates how a theme affects a site’s protection, especially if the size is small. In the grand scheme of things, it’s a drop in the bucket. However, today’s hackers are just as interested in small websites as they are in large ones. What is the reason for this? What makes your small website a target? Read on for an answer: What are the benefits of hacking a WordPress site?