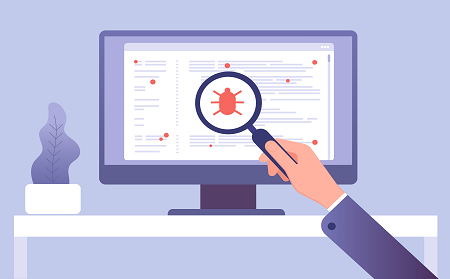 Cross-site scripting is commonly referred to by the term XSS. This is a web security threat that is common in applications. If not taken at the right time, it can cause severe damage. Cross-site scripting mitigation is required to eliminate all potential attackers, which could allow them to gain complete control over an entire application’s functionality and data.

Cross-site scripting vulnerabilities allow a cyber-attacker between interactions that exist between users of a vulnerable application and the users. XSS vulnerabilities are common and have affected many applications, including Facebook, Google, and PayPal.

Cross-site scripting vulnerabilities are extremely dangerous because they allow an intruder to pose as a target user to perform any activities. The user can then gain access to their data and execute them. If the attack is successful, the invader may be able to view passwords, financial and payment data, as well as other information. Even more disturbing and evil is the fact that both the victim, the user, and the application are usually unaware of the attack.

Now that you have a basic understanding of XSS attacks and their harmful effects, you must have some knowledge about cross-site Scripting prevention and mitigation in case they occur.

This is the first cross-site scripting mitigation step you should use to prevent XSS vulnerabilities from appearing in your apps. This is about evading user input. It involves securing data before it is delivered to the user. The web page’s main characters are protected against malicious interpretation by escaping the user-input data. By escaping user input, your web page can censor the information it receives. This prevents characters from being extracted which could otherwise endanger users and applications.

If your site prohibits users from adding their codes, make sure you have removed every HTML, URL, and JavaScript unit.

Input validation is the process of verifying that an application is rendering accurate data while also blocking malicious data from causing harm to the website, database, and users. As additional preventive measures against XSS attacks, input validation and whitelisting can be used. Blacklisting only prohibits evil characters; whitelisting allows good characters to be identified, which aids in preventing XSS attacks more effectively.

It is a great way to prevent XSS attacks on forms. This prevents users from adding unique characters to forms. Although input validation isn’t the primary method for deterring vulnerabilities it is essential to minimize the impact if an attacker discovers the weakness.

Particularly useful for web pages that allow HTML markup, sanitation is beneficial. It removes any potentially harmful markup and ensures that your users are safe. Sanitization converts unwanted user input into a suitable format.

This is where Content-Type options plus X-Content-Type-Options headers are utilized towards guaranteeing that browsers infer the retorts in an intended way. This will help to prevent XSS in HTTP reactions that are not intended to contain HTML or JavaScript.

This is used as a last resort to mitigate any XSS susceptibilities.

The cross-site scripting mitigation techniques will protect your users and applications from XSS attacks. These procedures will prevent any XSS attacks.